My first piano lesson was the day before my fifth birthday. I often combine computers and music, like in my live performance software KeyMaster. That program stems from an older program I wrote with the same name that I originally wrote on the Commodore 64 and used on stage for years. I later ported it to the Atari ST, rewrote it for the now-defunct BeOS, and wrote a Ruby version called PatchMaster.

Currently, I play keyboards in Ellis Island. We made a demo video in 2022. Check it out!

I performed in bands from 1980 to 1993, went on a hiatus, and started playing out again in 2013. Over the years, I’ve played everything from progressive rock to dance pop to electric jazz and R&B; covers and originals. Here’s a video of Miles at Connelly’s in Times Square, New York City in 2013. I’m the guy with the beard and glasses off at the side of the stage.

I write different kinds of stuff. Most of it is funk/dance/pop, but I also dabble in orchestral, Sondheim-esque pieces, game show themes, thirty-second newsroom background music, and whatever else tickles my fancy.

Aside from the typeset pieces below and the sequencer and MIDI files of the music I’ve done on my own, I have thrown a few things up on Soundcloud for the fun of it. Out of all of the original songs we did in the late ‘80’s, I only have one crappy cassette of a bunch of works-in-progress . It’s dated but really good stuff. The sound quality is horrendous. Also, the tape broke so I’ll need to repair it one day.

My MIDI reference has moved here. It’s not a tutorial. Rather, it is intended as a quick overview and a reference guide.

Here are a few of the other songs on my SoundCloud page:

Here’s what my home “studio” looked like in late 2020. When I play live I take the Kronos and the Hydrasynth. The Midiboard has since moved on to another home. 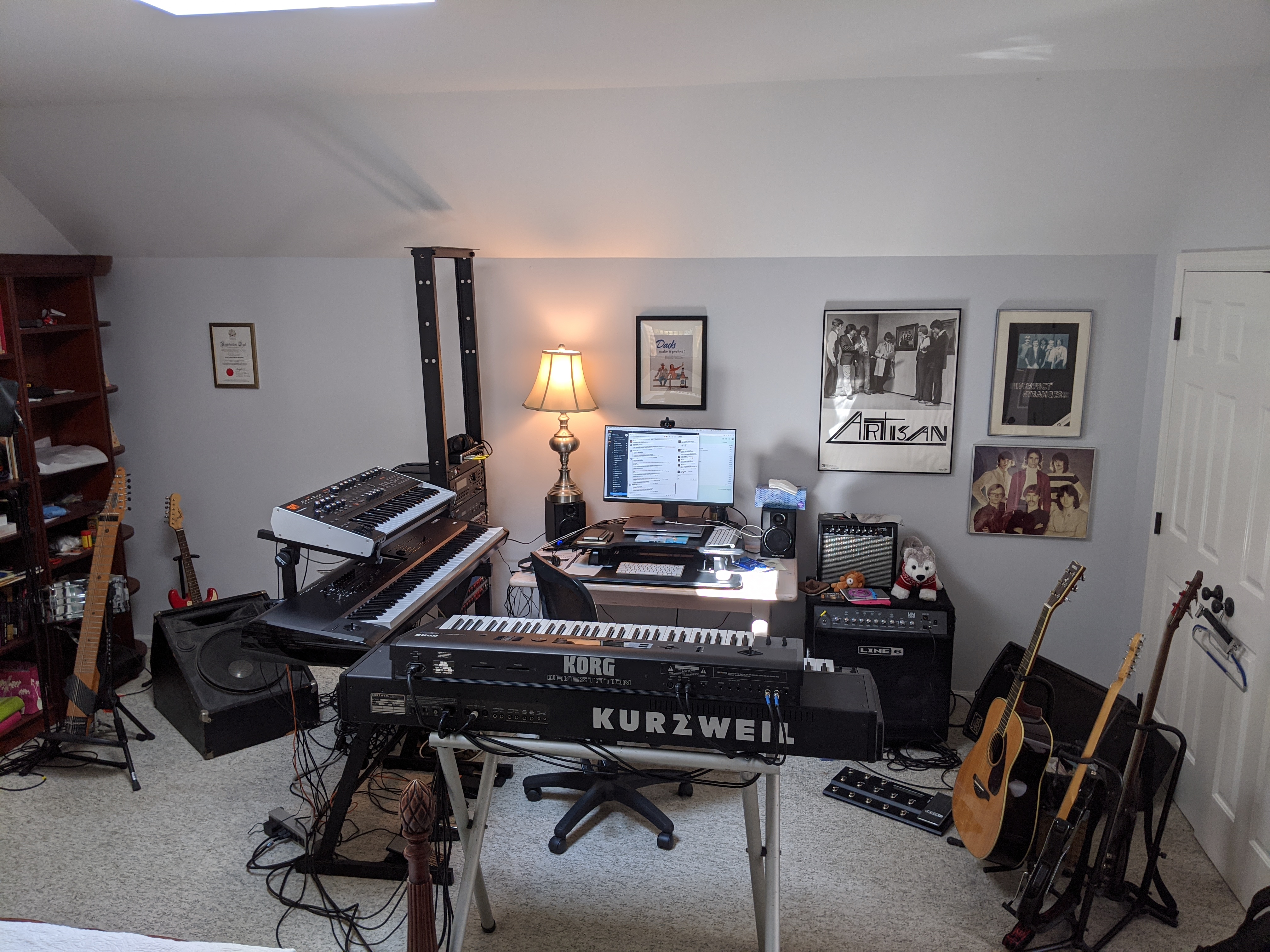 Here’s the schematic for my home studio and my live rig. 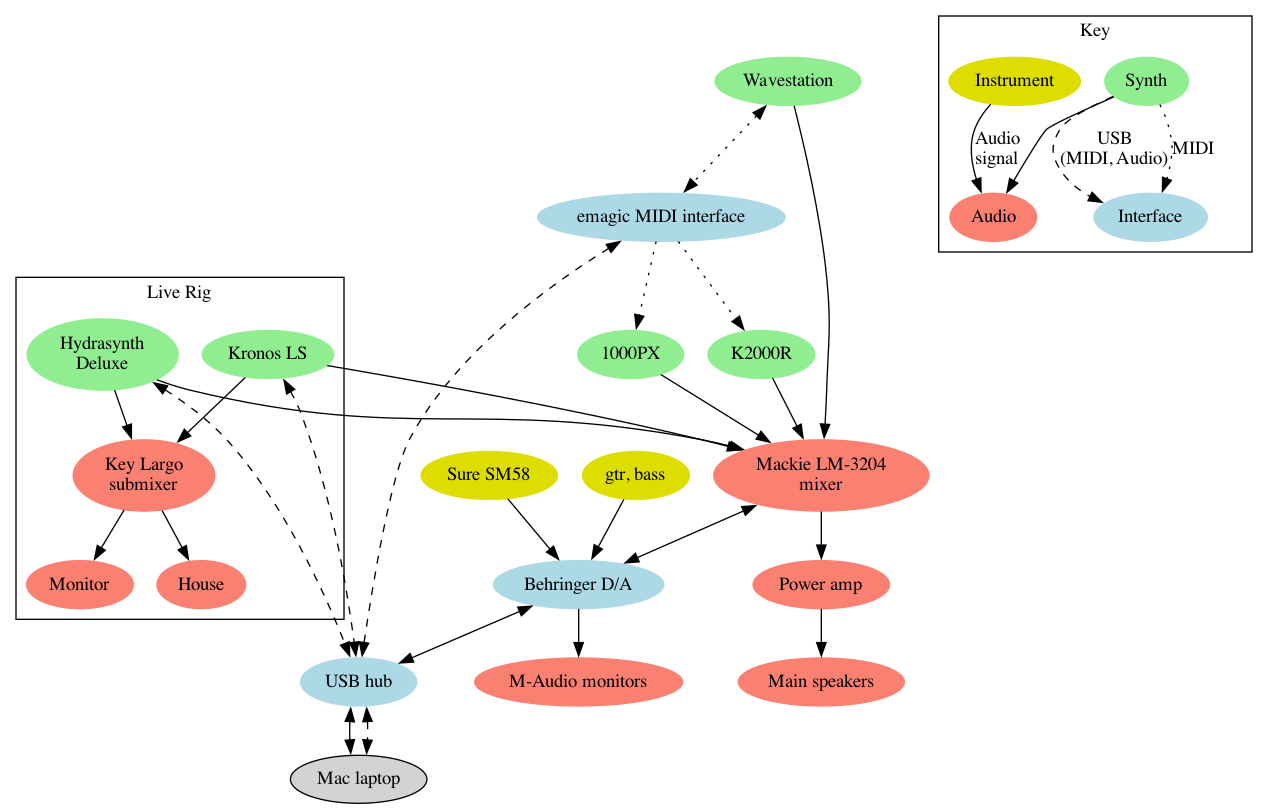 Here’s what I use when I play live with Ellis Island. Everything here is from the above equipment list. You can see it in action here.

Just for fun, here’s a list of my old gear. I started playing in bands in the late ‘70’s, but here’s what I remember:

Here are the bands and orchestras I’ve played in over the years, in reverse chronological order. Believe me, you’ve never heard of any of them.